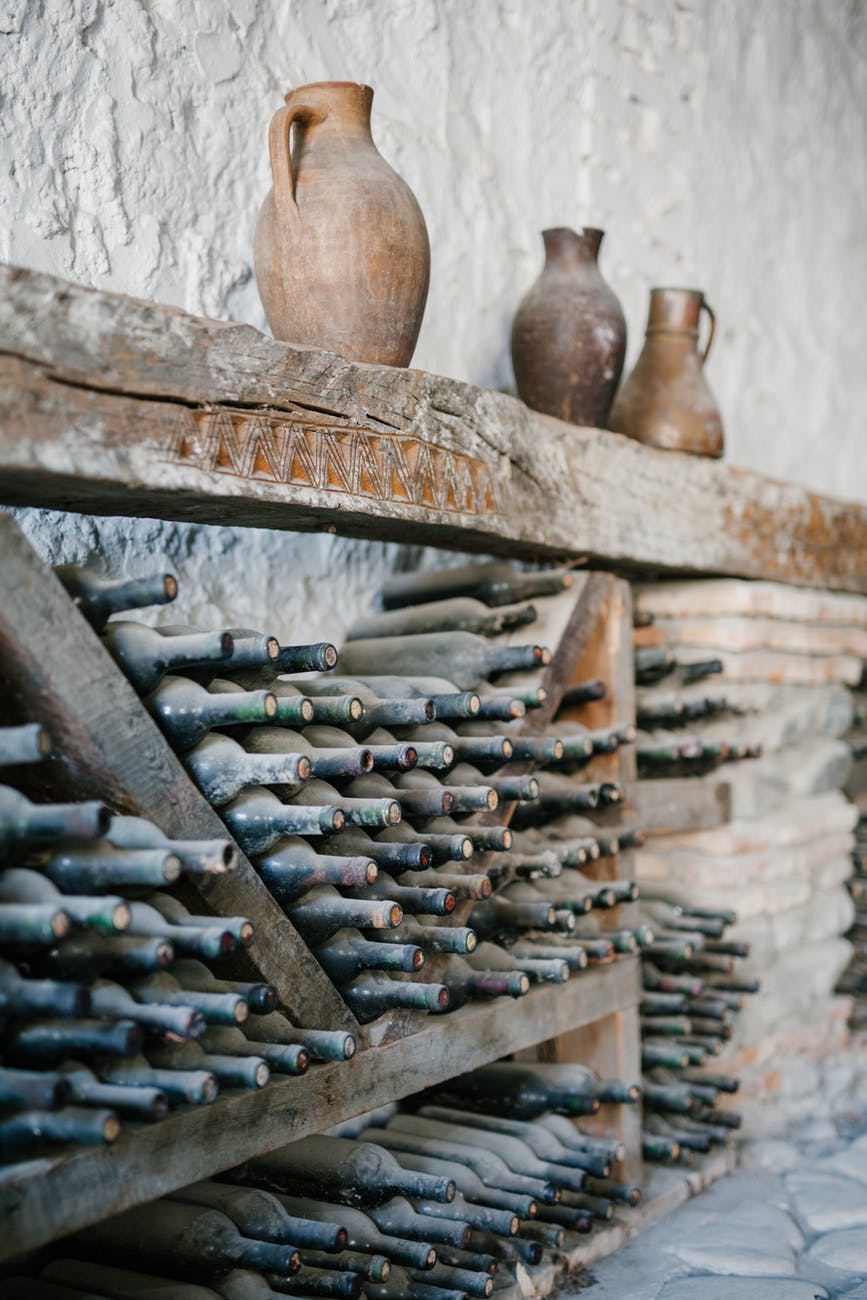 About a month ago, I listened to a message where the pastor addressed Jesus’s first miracle. While they explained and connected it to their sermon, the Holy Spirit revealed a perspective I didn’t hear or know of before. It wasn’t even close to the sermon.

Though there are countless messages and interpretations of this miracle, this revelation helped me understand His nature better.

God does that sometimes.

He’ll reveal something to you personally to bring you closer to Him. He knows how you understand, feel, and perceive knowledge and wisdom. He knows your learning style, the way you comprehend, and what means most to you. The way He speaks to you is special. No one else can absorb the information and revelations He gives to you specifically other than you.

As you read, ask Holy Spirit to reveal something new to you. Something you’ve never heard of before. I pray this encourages your faith, sharpens your awareness of Him, and makes you want to know Him in a deeper way. ❤

2 On the third day there was a wedding in Cana of Galilee, and the mother of Jesus was there; 2 and both Jesus and His disciples were invited to the wedding. 3 When the wine ran out, the mother of Jesus *said to Him, “They have no wine.” 4 And Jesus *said to her, “What business do you have with Me, woman? My hour has not yet come.” 5 His mother *said to the servants, “Whatever He tells you, do it.”

In the Hebrew culture, weddings usually lasted for several days. Which meant that during this time, food and wine get supplied by the bride and groom’s families. It was almost shameful to run out of food or wine, for it implied thoughtlessness and even impoverishment.

When Mary came to Jesus, there was a need. They lacked wine.

The jars were empty. And getting dry.

And Jesus; well, His time had not yet come.

When you look at the Old Testament, it seems like a laundry list of rules and laws and traditions. The names, numbers, customs, and sacrifices are almost overwhelming and a bit dreadful (especially the first time you read it). But as you read on, and into the New Testament, the pieces connect and the prophecies transpire, and the law gets fulfilled.

You see its connection to Jesus. You see why He came. Why He died and resurrected.

And it all makes sense.

The wine ran out, and so did the law.

The prophets spoke of Jesus. Mary spoke to Him.

His hour to fulfill the law had not yet come, but He filled the current need and challenged the impossible.

6 Now there were six stone water pots standing there for the Jewish custom of purification, containing two or three measures each.7 Jesus *said to them, “Fill the water pots with water.” So they filled them up to the brim. 8 And He *said to them, “Draw some out now and take it to the headwaiter.” And they took it to him.

There are 6 instances leading up to and into Jesus’ birth that were Holy Spirit inspired:

The water pots for the Jewish custom of purification represent its connection to the law. God found these people righteous before Him. They walked according to His commandments. They were connected and obedient to the law.

Jesus took every day water pots used for purification, filled them with water, and had some taken to the headwaiter (or master of the feast). When He said, Draw some out now and take it to the headwaiter, it’s like God drew these people out of their everyday lives and gave them instruction to help the need.

Often, water symbolizes the Holy Spirit. When they filled the pots with water and obeyed, the miracle took place, and the water transformed into wine. When God fills us with the Holy Spirit and we obey, transformation happens.

9 Now when the headwaiter tasted the water which had become wine, and did not know where it came from (but the servants who had drawn the water knew), the headwaiter *called the groom, 10 and *said to him, “Every man serves the good wine first, and when the guests are drunk, then he serves the poorer wine; but you have kept the good wine until now.”

They serve the best wine first until the guests don’t care for the taste. In this story, it’s the other way around.

They had to run out of wine in order for Jesus to fill the need and provide the miracle.

Similarly, the law came first, but overtime, people lost their fear of God and didn’t care for its taste. The law ran out in order for Jesus to fulfill it and provide salvation. He is our best wine that is served.

The headwaiter had no idea where the new wine came from. I bet majority of the guests weren’t even aware a miracle had happened. And today, we find that many people know the Bible and the law and what it means to be a Christian, but few are aware (or refuse to accept) the miracle that happened. That there’s more. They tasted what they thought was the best, unaware that there is something more and even better.

Like they served the best wine last, Jesus is our last. Our hope and salvation.

He’s better for our faith than that what was prior to Him: the law of sin and death, living according to the world and the flesh, and religiosity.

The wine ran out; the law ran out.

They served the best wine last, and so Jesus came as our wine.

11 This beginning of His signs Jesus did in Cana of Galilee and revealed His glory; and His disciples believed in Him.

As a concluding point, the revealed glory of Jesus is that He truly is the foretold Savior of the world. The transformational miracle of water into wine also reveals the quality of this truth, this wine:

The 6 water pots provided 120+ gallons of more wine (that’s around 900 wine bottles!), and they were only 3 days into the wedding . They served this wine for the remaining part of the wedding.

Jesus Christ (our Wine) is our salvation from sin and death, which means He is ours for the remaining part of our life on earth and when He comes again.

We can enjoy Him now and for eternity.

Bible passages to extend your study:

More on faith, life, and motivation

3 thoughts on “The Wine Revelation”

Thought dump:👇🏼
I've had it on my heart to start a Bible group for girls/women in the south Denver area for a few months now. At first, I wanted to do these in my home but then my husband gave me the idea to get outside and meet in a park or field. I shared the idea with some friends and they were all for it! ☀️
Can’t get over these words this week.
You know what blows my mind?